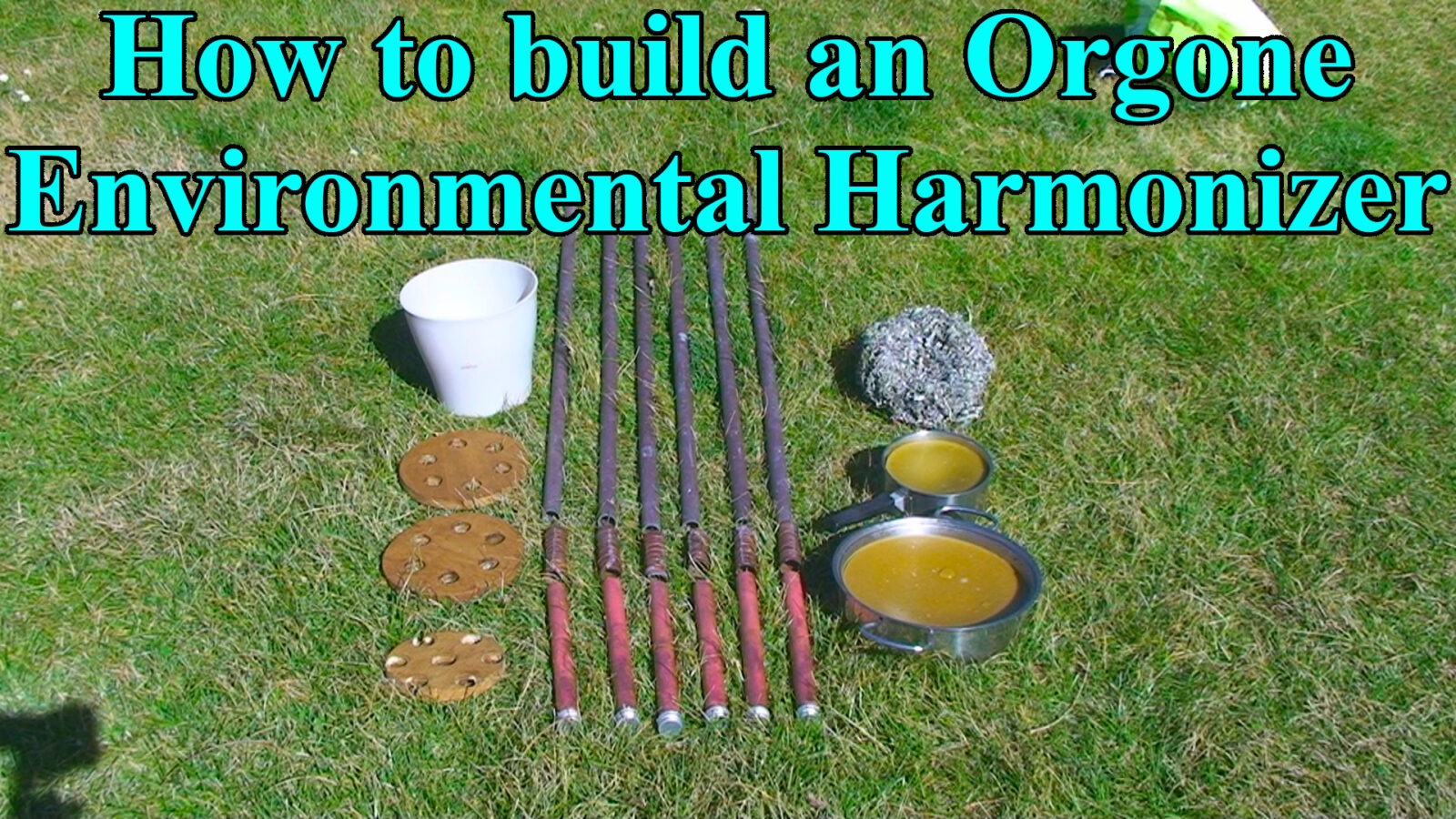 Video tutorial on how to build an Orgone Environmental Harmonizer, the so-called chembuster. I’ve remade this instrument by recycling some of the components from my previous one which had broken after almost 20 years of life. I’ve decided to call it Orgone Environmental Harmonizer because, as of my experience, it can do much more than just eliminate the chemtrails as is usually stated about these devices. About the materials: I prefer to use organic materials and therefore I propose beeswax instead of artificial resins. I’ve also decided to use aluminium as proposed by Don Croft instead of the more traditional iron (which is the metal to use in orgone accumulators according to Wilhelm Reich) also because another scientist I have met (Pier Luigi Ighina) who had built an original device to work on climatic conditions used aluminium. Therefore I concluded that aluminium is probably good for work done on the climate. As of my 20-year long experience, any kind of positive climatic result can be obtained in the middle-long term by the conscious use of this device. According to some researchers, crystals have the ability to “store” information, and humans have the ability to mentally program crystals thanks to this characteristic. I have thus been able to both stop a period of drought as well as to stop exaggeratedly long periods of rain. I have further been able to stop polluted winds from reaching the area where I live. this wouldn’t happen within a day or two but within a week or longer periods of time, depending on the desired result. This I consider to be a good sign as nature needs time to heal. I strongly advise any experimenter to always start from the thought of healing the atmosphere as originally done by Wilhelm Reich himself, not of changing anything. Use with respect, consciousness, positivity and love.